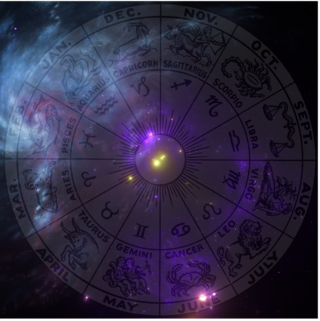 Beware of the Gemini, or so says the astrological community. But are Geminis viewed more negatively than other astrological signs? Or, are there other signs that people hold in lower regard?

New research published in the Journal of Personality and Social Psychology answered this question in a scientific way — by asking 495 U.S. adults to rate which sign had the most negative connotation. Interestingly, they found Cancer to take the cake. Sagittarius, on the other hand, was the sign viewed most favorably.

Below are the percentages of people who rated each of the 12 astrological signs as the most negative. (Approximately 59% of respondents were unsure and therefore did not provide an answer.)

The story is quite different in China, however. The researchers conducted the same experiment among 518 Chinese participants and found Virgo to be viewed most negatively and Libra to be viewed most positively. Again, listed below are the percentages of people in China who rated each sign most negatively, with approximately 32% of respondents answering “unsure.”

Of course, the purpose of this research was not to identify which astrological signs were viewed most negatively/positively, as interesting as that question might be. Rather, the scientists wanted to understand the process by which a stereotype can take hold in a new environment. It just so happened that the cultural exportation of astrology to China (which has occurred rather recently, within the past decade) proved to be the perfect testing ground for their ideas.

“Because stereotypes and social reality are mutually reinforcing, it is often unclear whether a given stereotype has emerged from preexisting social reality, or has shaped social reality over time to resemble the stereotype (for example, via discrimination),” state the researchers. “To address this chicken-or-egg problem, […] we examined a novel form of stereotyping and discrimination in China based on astrological signs, which were introduced into China from the West.”

In other words, the researchers wanted to understand whether perceptions about the personality types supposedly reflected in astrological signs would develop in China in a similar way that they did in the United States. If so, the argument could be made that there is some underlying truth to astrological stereotypes, regardless of whether the signs themselves are predictive of individuals’ personalities. However, as shown above, they did not find evidence to support this conclusion, which suggests that stereotypes can arise even in situations where there is no real-world basis to support their genesis.

Furthermore, consistent with past scientific literature, the researchers found no evidence to suggest that astrological signs were reliably associated with personality traits such as agreeableness or with life outcomes such as job performance. Nevertheless, astrologically based stereotypes and discrimination are already starting to take hold in China. For instance, the researchers reported a hiring bias against Virgos among human resources professionals in China given that Chinese people (falsely) perceive Virgos to be disagreeable.